Mighty Armies : Army Lists for the Age of Magic..FREE!

We have been working on this for a bit, and I am glad to say it is finally here.. and FREE! 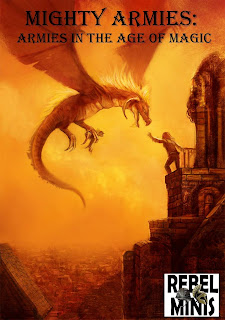 Our good friend Rudy Nelson put this together with Andrew Lucas when I told them we needed some new lists. So, what is this?

MA:AG is just a simple(47 page)PDF with suggestions, ideas, army lists and a little bit of history here and there. We have mixed in some of our house rules, played around with alliances and tweaked some rules and requirements for army building not seen in the core rule book. These are just suggestions to enhance your games, they are not official changes for tournaments!

This list and the ones to follow are just there to spark your imagination. Our plan is to release different lists for many types of armies. So, have fun and try out some of these armies.. who knows, maybe you come up with some Mighty Armies of your own!

It's not Fancy, but it is Free!

check out the PDF and more here: http://www.rebelminis.com/mightyarmies.html

It's time for another battle report for Mighty Armies! David and I played this a while back, but with the shows and work, I have not had time to post this...
David (Splintered Light Miniatures) called and said he wanted to challenge me in a big Good vs. Evil Battle of Mighty Armies with some new armies he built. We decided to do a 150pt massacre game.
Dave ran a Dwellers of the Dark army(Dark Elves, Kobolds and Cave Imps) and I ran Forest Border Army(Dwarves, Gnomes and Yetis).
﻿
Table Set up 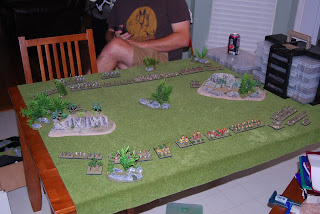 Dave wins initiative and bonus points for the Wolverine T-Shirt. 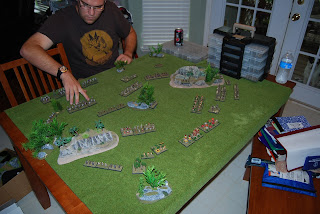 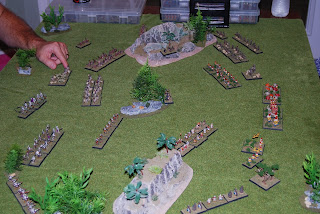 After a few turns we started the battle. My Gnomes started out looking real good. 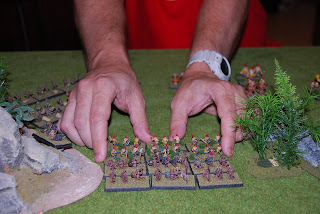 Then it started getting bad.. 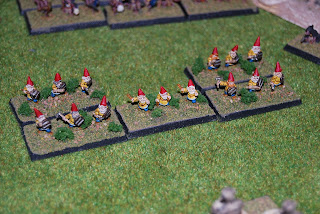 Uh, real Bad...and then my Gnome Army started to panic.. 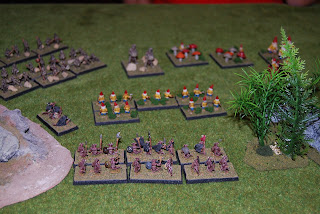 But my Dwarves were handing out some whippings! 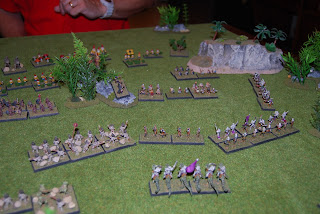 Suddenly David make s daring move with his scouts to try and finish my Gnomes! 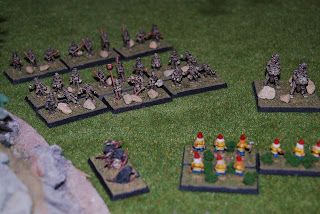 It was at this point the Dice turned against me.. 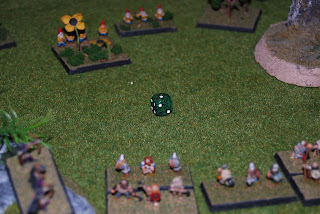 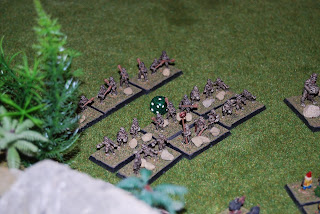 No Magic, no movement for my Dwarves and Yeti...
All seemed lost... But the Gnomes had hope.. 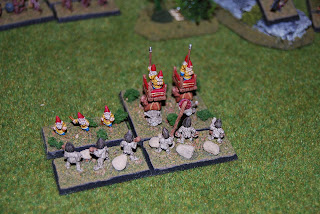 But hope is a piss-poor weapon against a Dark Elf Dragon-man who slaughtered the remaining Gnomes... Seriously, that guy was bad ass... 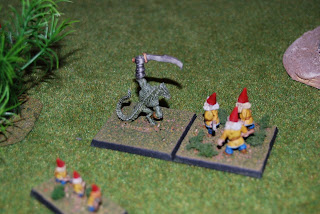 Once the Gnomes were destroyed the Yeti general decided the best thing to do would be to do nothing.. at all.. and only throw up arcane shield.. and just sit there.. because a roll of anything more than a 1 would some how be wrong.. sigh...( I think David had paid them off)
BUT The Dwarves would have vengeance! 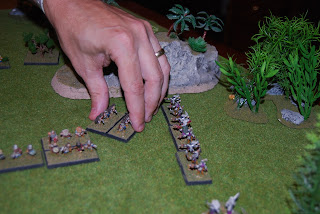 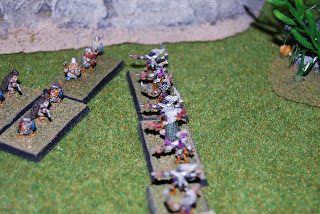 But, no, not really.. David rolled what could only be called "Loaded Diced" because his DE went through the Dwarves(Disciplined mind you) like butter.. He cast 4 Magic spells just because he had so much MP to burn... 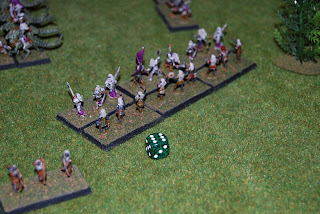 In the end, only one Dwarven group was was left standing...and that would have been the game.. but David's DE Cav chased them down before they could get off the board... 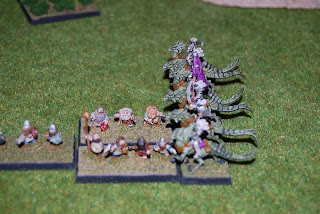 Well, it was a good game. It would have been a lot better if I would have rolled better but.. that is the way it is.. I have already issued a Challenge next month for a re-match!

Reflecting on my Yeti Army, you know that scene in Braveheart where the battle is in full swing and Wallace sees the Nobles (who said they would support him) ride off? That was my Yetis...Next time, they go to the front lines!

You can see all the Mighty Armies Stuff here: http://www.rebelminis.com/mightyarmies.html


Posted by RebelMike at 6:47 AM No comments: 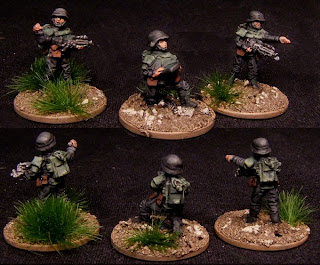 Up on the site Now! www.rebelminis.com


Posted by RebelMike at 5:57 PM No comments:

Painted Shots of the Titan APC

Jason sent over some painted shots of the new Titan APC. 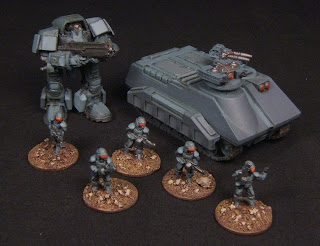 Here is the shot with the Dozer Blade.

Here is an early look at the APC with the Grav engines instead of the treads. 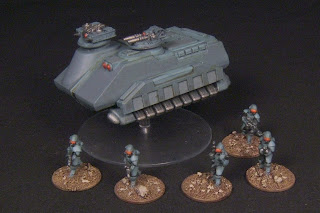 The Base model is available now here: www.rebelminis.com and the other versions and add-ons should be ready in a few weeks.
Stay Tuned for more updates!
Posted by RebelMike at 6:54 AM No comments: