Just a reminder, the Spring Sale Ends Tuesday April 30th at Midnight! Everything on the site is 20% off with the coupon code: Rebspring 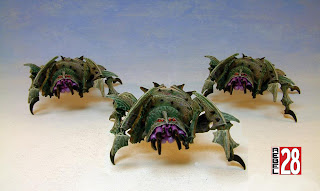 Some Green Pics are coming soon!


Posted by RebelMike at 4:47 AM No comments:


It's that time again!

A Spring sale at Rebel Minis! We only have two sales a year, so we make them big! From April 19th till April 30th, all of our products are on sale for 20% off our retail price!

As we learned last year, some things will sell out of stock quickly... so this year, we will be taking orders and making the packs as quickly as possible to keep them in stock during sale. Some items may be back-ordered during the sale, but if you order them during the sale, you will still get the sale price no matter when they ship (which should not be that long of a delay).
Please use Coupon Code: Rebspring

You can see everything at www.Rebelminis.com!

As Always, Thank You for Your Support from the Rebel Crew!


Posted by RebelMike at 4:21 AM No comments:


Yee-Haw, the new packs of Brog are in! You know you want them!

Sculpted by alien master PF... These were painted by the always awesome Micropanzer!

You can see these and all our aliens for 15mm here: http://www.rebelminis.com/alandve.html

We are proud to announce some new packs for our growing 28mm sci-fi line.
The Brood-Hunters are an alien race of giant, mutated spiders, that have slowly been advancing across the universe, and appearing on even the most remote planets. The model is about 45mm tall. 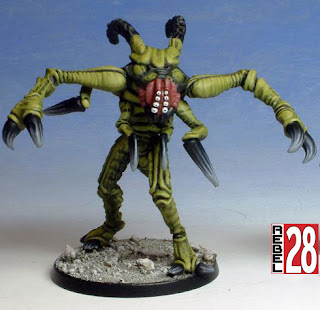 The Earth Force Valkyrie Scout pack contains one EF Valkyrie. The model is around 32mm to the eye. Sculpted by Gael Goumon. 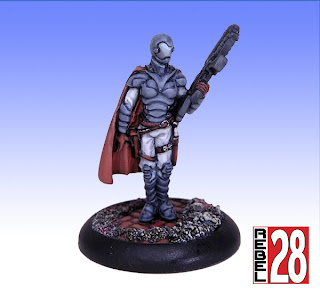 You can see these and more in our 28mm sci-fi section http://www.rebelminis.com/sciencefiction.html.
Thanks!

Posted by RebelMike at 5:43 AM No comments:


Here is a couple of shots some conversions Martin is doing to create our Steampunk British troops... 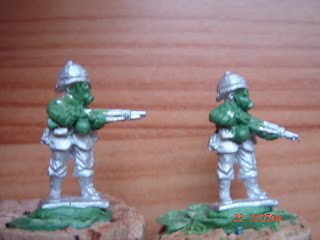 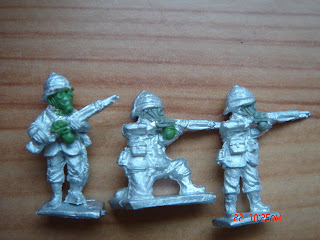 Sorry for the fuzzy pics!

Posted by RebelMike at 5:55 AM No comments:


Rebel Minis is proud to announce the release of two new Manth and Pangalactic packs for our 15mm Sci-Fi lines.

You can see these here: http://rebelminis.com along with our other Sci-Fi lines.

As always, Thank you for your support


I always like to see the way you guys paint up our minis. It always gives me some great ideas :)
Take a look at what Jason has done with the Scourge packs...

I really like that look and it gives them a very alien/mechanical look. I might need to add these as a faction in my Star Army battles....

They would also look cool as Red Skull Droids for some future Captain America Super-Hero game :)