We were surprised today by UPS dropping off the hard copies of Modern Havok. We also got in the hard Copies of Red Ops 5, just in time for Christmas! We have them up on the site right now here.

Hopefully, we'll have some more announcements this week!
Posted by RebelMike at 6:20 PM 1 comment:

We are always working on new ideas from suggestions from our customers. We have had alot of requests for 15mm weapons sprues. John Bear Ross has taken up the challenge and created these weapons sprues. These can be used for customs, terrain and all kinds of things. These will be small, but really detailed. 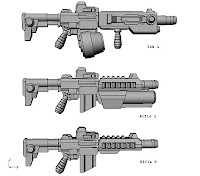 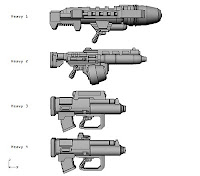 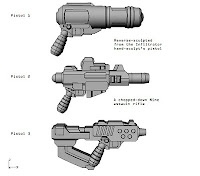 -The rifle called Rifle 1 is the same as found on the Model Nine sculpts, with a small bit of updating.

-Rifle 2 is the same rifle, minus the under-barrel grenade launcher.
-SAW 1 is the Model Nine rifle, but with a heavy barrel, folded bipod, vertical foregrip, and ammo drum.
-The Heavy 1 laser is also the same as found on the Model Nine heavy weapons gunners.
-Heavy 2 is basically the shotgun from hell, firing explosive grenades just like the XM-25.
-Heavy 3 and Heavy 4 are based on the XM-25 grenade launcher (google it. neat piece of ordnance).
-Pistol 1 is reverse-engineered from the Infiltrator pistol.
-Pistol 2 is a cut-down Model Nine rifle.
-Pistol 3 is a cool classic Sci-Fi anime style gun.

We are planning on releasing them real soon. Don't forget the Christmas Sale!
Posted by RebelMike at 12:46 PM 8 comments:

Well, it is that time again! We only have two sales a year, so we make them big! From December 10th till December 24th, all of our products are on sale for 20% off our retail price! 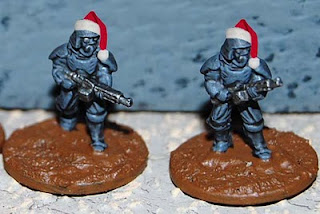 As we learned last year, some things will sell out of stock quickly... so this year, we will be taking orders and making the packs as quickly as possible to keep them in stock during sale. Some items may be back-ordered during the sale, but if you order them during the sale, you will still get the sale price no matter when they ship (which should not be that long of a delay).

But wait, there's more! Shipping worldwide is only $5 USD! (OK, this is our everyday shipping, but I still like to remind people.) 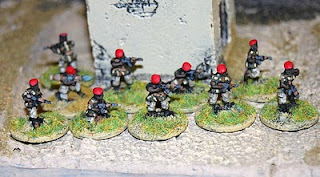 The shipping of some orders may be delayed because of the Holidays. We will try our best!

Merry Christmas!
Posted by RebelMike at 6:41 AM 2 comments:

While we are waiting for some new painted miniatures, I got in a shipment of Jersey Barriers. We had these created for a bunch of our modern games. I hope to have some painted examples from a game I am running soon. These are perfect terrain pieces for modern games, Zombie outbreak games or sci-fi game. 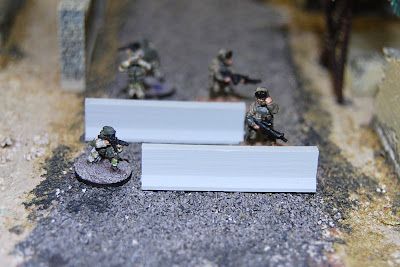 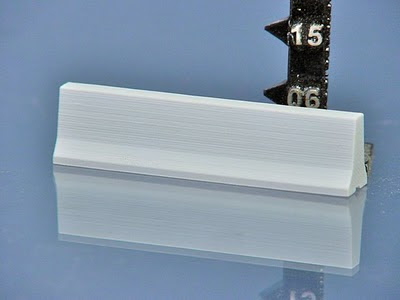 They are pretty cool. They are 15mm scale pieces, and are 10mm tall x 40mm. Each pack includes 5 cast resin barriers. You can see them here: http://www.rebelminis.com/
I hope to have some new painted stuff up soon!
Later!
Posted by RebelMike at 2:05 PM 1 comment: