This Friday I have a special treat. We have been working with Two Hour Wargames on some new Pulp sets for thier Larger than Life rules. We have alot of box sets planned and the first one, Well of Souls, will be out soon. While we are waiting on the casting, Martin sent us some new greens of an upcoming set. 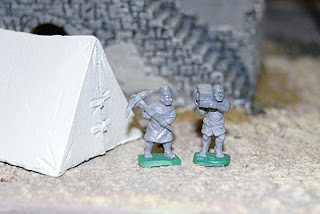 First up we have a digger and a bearer.  You always need some good workers (bait) on your expedition. 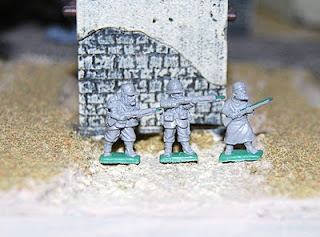 Next we have a portly Foreign Legion Soldier, a British Soldier and a Native with a musket. 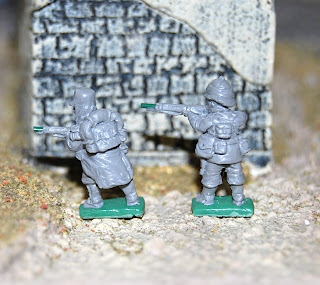 We'll be using these for an adventure soon. We wanted to make some models with alot of Character. I especially like the fat Legionnaire. It looks like something straight out of Hollywood  :)
Also.....
A sneak peek of our Modern Havok cover by Chris Ward. 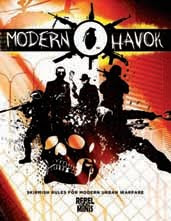 Modern Havok is a game designed by Ed at Two Hour Wargames that uses the awesome Chain Reaction System and will focus on Modern/Urban Skirmish Combat!
More info on this soon!
Out!
﻿
Posted by RebelMike at 7:55 AM 1 comment:

Well, it's Friday and I have some more sneak peeks at some greens. This week is a little different. This week we are going to show some greens from two new categories we are starting. Our main focus is always 15mm sci-fi and modern/horror, so to change things up a bit and for some new experiences, I am glad to announce these new categories.

15mm SuperHeroes and Villians
We don't have a name for these guys yet, but we will have some soon. My background is in comics so I have always had a warm and fuzzy for the whole comic books scene. These are sculpted by an amazing sculptor named Pierre Francois Jacquet. They kick-ass. 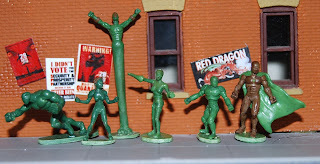 We have not decided who is a good guy and who is a villian. It is tough choose. If you guys have any suggestions.. let us know! I'll also have a scenario later for Supers vs Zombies.

6mm Sci-Fi
I think most people have seen our 6mm stuff, but as we get closer to launch, I thought I would show the infantry. Right now we have Sahadeen and Earthforce but will hopefully have the Titans an Scourge as well. 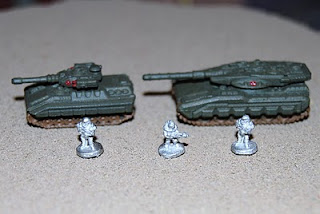 Here are the infantry with a APC and Merka 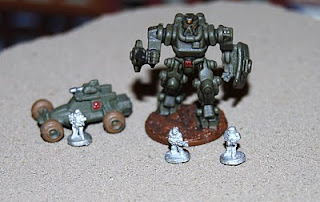 Here are the figs against the Gila and the Warbot
Man, this guys are small! We are working on molds and waiting for some new sculpts, but I hope to have more info out soon.
15mm BIO-Grunts
We already have some armed Bio-Hazard guys in out current modern line, but nothing with a near future/post apoc look. For one of Two Hour Wargames new games, I, Zombie, we created these guys to work with the High-Tech surviors(think Res-Evil). I mean, not everyone has to live in a shanty town when the world goes to hell :) 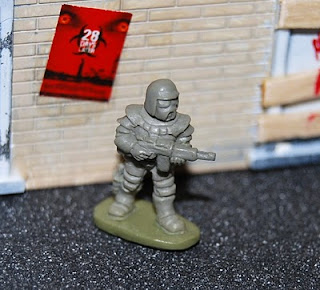 Well, that's it for today.I am off to work on a secret project that I am really jazzed about. More details later...

Well, it's time for another Sneak Peek Friday. I just got some new stuff in that I'd like to show you.

First up. One of our new Character packs, Irish Hitmen. 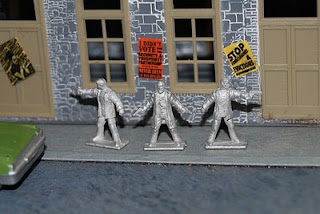 Sculpted by Bobby Jackson, these will be part of the Modern Havok Line. 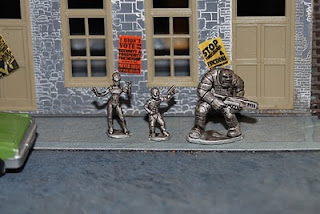 These are Aliens straight from the 5150 Universe. The 15mm Pack will contain 1 Razor, 1 Grath and 3 Hishen. Sculpted by Bobby Jackson, this is the first pack of many to support the 5150 line of rules.
Next is the new Infiltrator Bike. 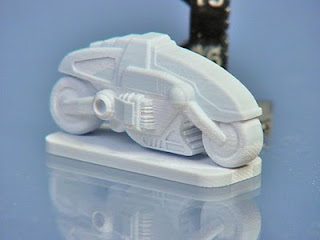 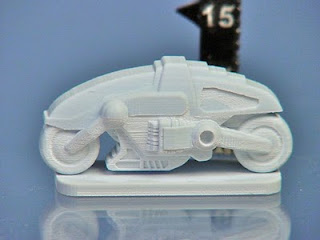 We have not decided yet, but it may not come the base. It also comes with mountable gatlings. Sculpted by John Ross. Seriously, I have said it before, the John is like a Jedi of 3-D sculpting.
And finally, here are the new Homeguard Heavy Weapons 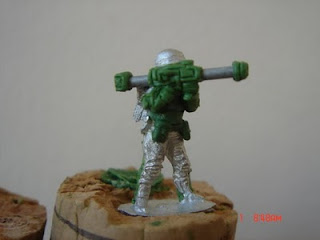 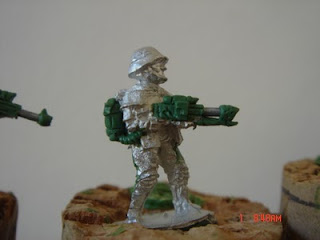 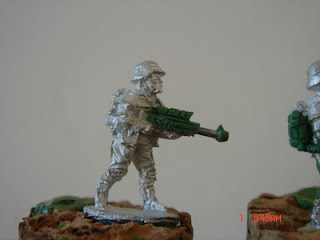 Well, there ya go! Hopefully these will be ready soon. Most of these are getting ready for molds, but I will update you when you are ready.
More updates soon!
Posted by RebelMike at 8:08 AM 10 comments: