Ok, first off, let me get this out of the way. I am A HUGE fan of EBob Miniatures. His animals and 28mm Rebellion line are amazing. I mean, Amazing! Well, as I was working on my Medieval Line, I decided to drop him a line to see if he would be interested in doing some of my 15mm Medieval stuff. Well, I am thrilled to annouce that he agreed and I have some of the first pictures of Greens! 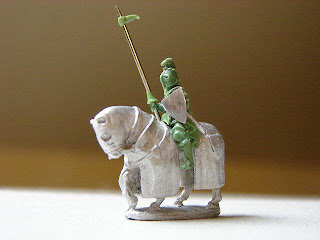 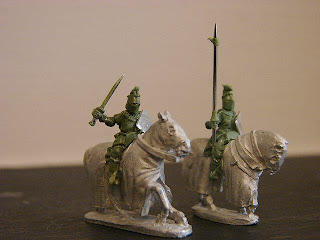 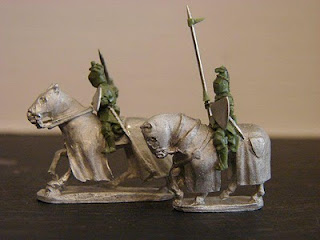 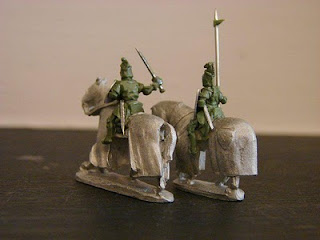 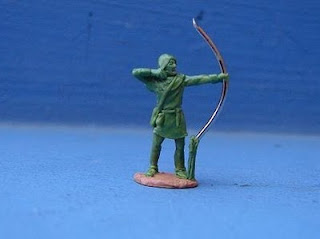 Bob, sculpted us some great horses and some incredible figures. I hope to have more images soon! Can you tell I am excited? :)

Deep Ones
As most of you know, we are doing a 15mm Pirate line for our Mighty Armies universe. While I was gone, Bobby Jackson sent over some sculpts for the Pirate Monster book. The book, called, "Here There Be Monsters!" will feature all kinds of Pirate and sea going monsters. Bobby just finished the greens for these:
The Deep Ones. 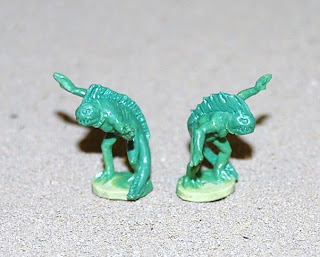 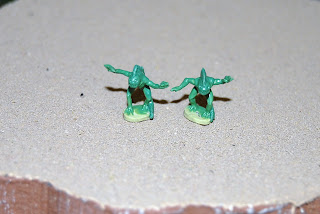 ﻿
These will be perfect for a Monsters army or your pulp games! The arms will be thin enough to come up with alot of poses.

Well, it is finally here! We have released the Day of the Scourge Box set. This is a box set featuring our figures based on Two Hour Wargames 5150 universe. A couple of years ago, Ed and I worked on stats for my Scourge figures to play in the 5150 universe. We published them as a free download.

Well ,the Scourge have been really popular lately so I sat down with Ed to create a box set and a mini-campaign/scenario system. We then tapped long time game author/designer John Cunningham to lend a hand and develop an awesome addition to the 5150 Universe. Let me tell you something, they kicked ass!
Here's the Press release:

The Scourge are coming! Lead your rag-tag band of surviors against the an alien race that would see all humans extinct! Featuring a Mini-Campaign system and 3 different scenarios! Will you be humanities last hope... or just hopeless? 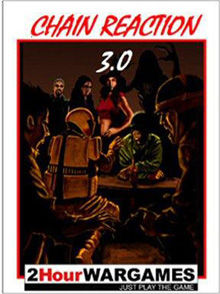 Yes, you read that right. You can download the intro into the Chain Reaction system, FREE! Also, you need to get the new book 5150: New Beginings book from Two Hour Wargames. Seriously, Go Now! Here's the bad ass cover: 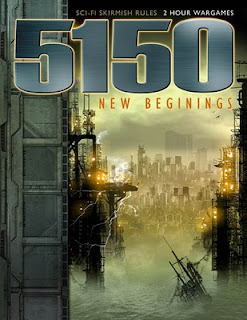 See, wasn't that easy! Oh, and I hope to have some new greens up this week as well. Whoo -Hoo!

So my brother was in the mood for some Mighty Armies. We decided to do a big Siege battle using my Miniature Building Authority castle. We had to make some House rules to cover the assault on things like the main gate and cover for the defenders. This is a big castle so we needed alot of options. 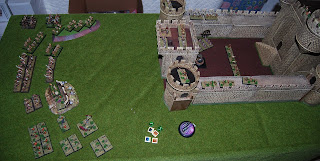 Scott took the alliance of Wild Elves(2 Armies)and the Swamp Dwellers. I took the Dwarves and my Robin Hood Army.
As a defender, I also got this Scorpion Artillery. Here it is over the main gate with the Dwarven General. 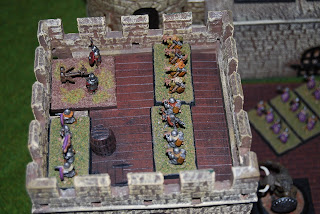 As we started, Scott won initiative, so the Elves and the Swamp Dwellers archers moved forward and lay covering against my defenders. He wanted to get his Lizardmen to start bashing the gate.

I had some bad rolls, so they got up to the walls. I had to move my crossbowmen back behind cover, I was getting alot of heat.
My General was not happy :(  But I did take out some units with the Scorpion!
I had no Spellcasters on the wall. That was a mistake. 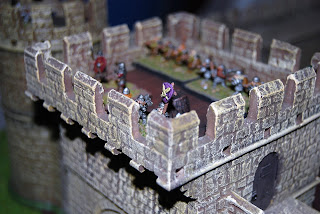 As Scott's Giant Lizardment broke through the gate, I got a lucky shot off from the tower and killed them :)
then I sprung my first trap.. Murder Holes!  MUHAHAH 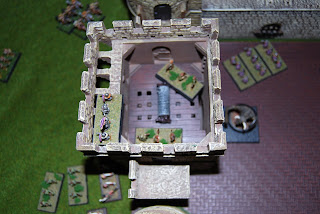 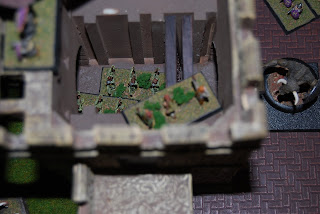 While he was trying to bash the inner gates, I was raining death on him! I had a Minotaur on the other side, ready to pounce. In Scott's best Borimir voice he said "Oh, they have a Minotaur..." lol.
The dead started pilling up. 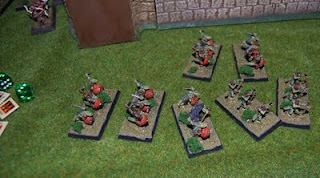 About this time, I had some crappy rolls and he was all sixes. So he got his Wild Elf General in the gate with a pretty good supply of units. 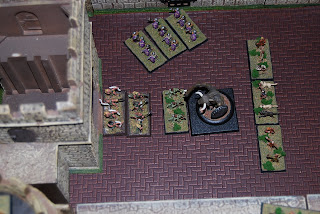 Only to fall into my second trap, The Killing box! My dwarven warriors were ready and I also have Frair Tuck slinging magic like a mad man! 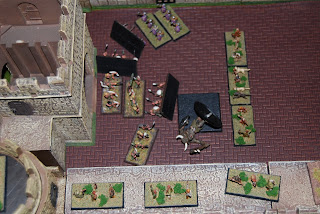 I also rolled very well on my general rolls and had enough points to flip my wall archers to fire in the courtyard. It was a slaughter. If I had not rolled well, It would have been bad, real bad :)
While we were fighting it out inside he was trying to sneak some units in the beggar's gate. 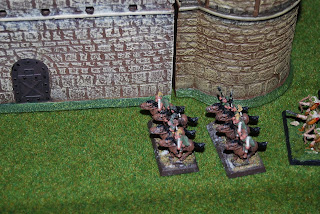 But he rolled poorly and they were stuck out I the open to die. At that point, his remaining Generals called off the attack and slunk back into the woods! 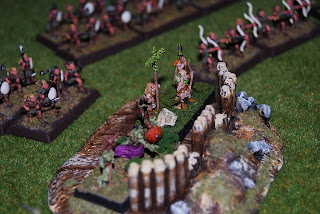 All in all, a great game. There were many times it could have gone either way. We are building up a campaign, so I hope to have more reports soon!

I just wanted to give everyone a heads up. The new 15mm Chinese PLA Heavy Weapons packs are up on the site! Jeff Racel did an amazing job painting these and I am glad to finally have these done!

These go great with our current PLA packs!

We are working on some more moderns and hope to have them up soon!
Stay tuned!
Posted by RebelMike at 5:14 PM 1 comment: