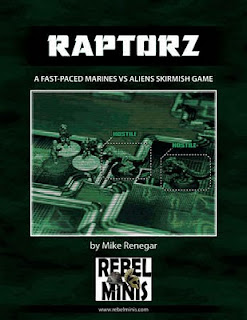 I had alot of people asking for the Raptorz PDF and Space base to be sold seperately. Seems alot of folks already had the minis (Thanks!) and/or wanted to had some more Alien types to the mix. Well, for those people I have added the PDF only HERE. 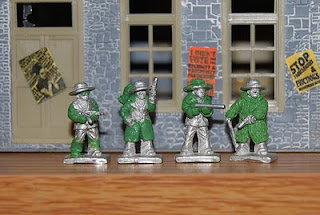 In Modern Havok news, we got some of the greens in the for the PIMP DADDY gang. I hope to have that pack out real soon and a few more surprises for the Modern Havok line. 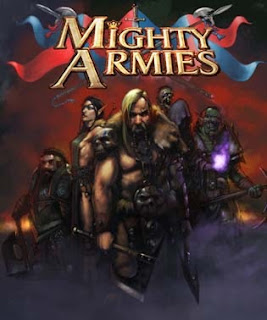 Well, it has been a while since we have talked about Mighty Armies. Good news! The Book is getting laid out and will soon be headed to the Editor. As far as new armies are concerned, we will be launching some new box sets at a brand new price of $25.00! I have also been working with David at Splintered Light Miniatures and we will have about 12 new SLM armies ready to go very soon! I'll have more on that later!

Later!
Posted by RebelMike at 9:59 AM