Ahoy! I was holding these for Friday but after seeing them in person, I had to post them! We have been working with Martin on a new army for Mighty Armies and something with a Historical/Fantasy feel as well. Well, I am happy to announce we have gotten our first greens in on the Black Sea Pirates! We still have some more work to do, but I thought I would let you guys get a sneak peek of the first batch! So here we go... Arrgggh!
Here are some of the command/personality figures.

My favorite is the pirate with teh monkey on his shoulder here: 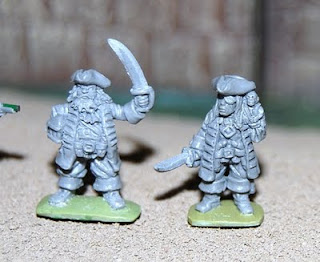 Here is a shot of the cannon crew. We will have an awesome period cannon coming with this set

Here is a shot of some of the the pirate  "crew".  We'll have shooting Crew units and Melee units seen here 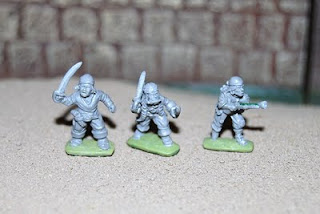 Here is some of the "Skeleton Crew". Jeff at Mississinewa came up with the name, so, well, it stuck... 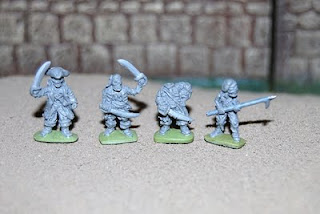 Here is a shot of the Siren. She be used as Magic user. 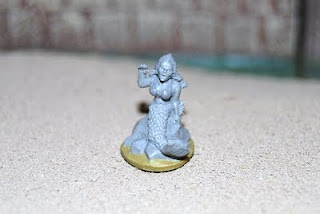 We are working on these and hope to have packs in about a month.. if the tide is with us :)

Posted by RebelMike at 5:01 PM