Ok, We have gotten some new bugs molded up from the old Starship Trooper line. We don't have the rights to the Starship Trooper IP, like the Archanid bugs, Plasma, ect... but can release the Space Mantis Alien Bugs(TM Rebel Minis)! These guys are very cool! Here is what we got: 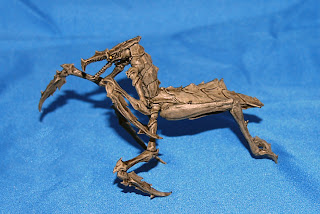 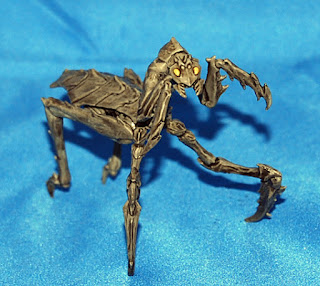 and the
Mantis Drone 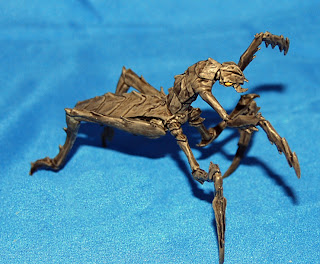 All Mantis have the same bodies and you can bend and pose the legs around, but the heads are different and the Assassin's front claws are different. Here's the thing... These guys are big, really Big! Here are some shots to compare:
﻿ 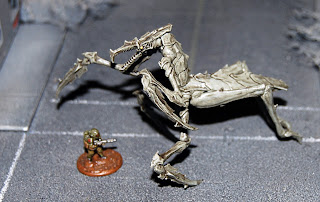 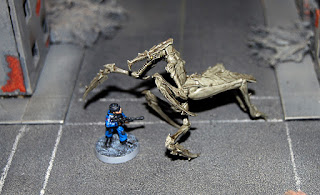 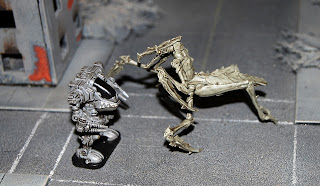 See what I mean, big.. real BIG! So, I guess that you can use them in any scale game, it really just depends on what you want to fight them with :) These will retail for $14.95 each and they should be up on the site this weekend. www.Rebelminis.com

We have some more stuff coming out, so stay tuned!
Posted by RebelMike at 7:33 PM